Here we go, two months on from my reset. I didn’t plan to leave it two months but with being on holiday and having my dad come back with me for a couple of weeks as well it just worked out better that way. So how have I done?

I already did a brief update one week into the reset and was feeling very positive. That continued for most of the month but the second has been quite atrocious up until this last week. This was mainly due to feeling quite ill but not quite getting ill; my throat felt like I was getting tonsilitis and did for nearly two weeks. Thankfully it didn’t turn into that. I did get a temporary boost halfway through the first month when I got a stomach bug. I lost over 2lbs in 2 days but of course that all comes flooding back the day you’re well enough to eat again. Still it’s a mild morale booster through a horrible few days! I’ve also had a few health scares of the hospital kind which thankfully all seem to be over with and ok now but that has meant my mind was on things other than watching what I ate. Combine that with a holiday at my parents which means Mum cooking for me and baking (I can’t tell her I really don’t want that cake when she’s just baked it for me) and Dad wanting to eat out almost every night when he was over here with me and it just hasn’t gone well at all.

Enough rambling, how did I do with my May/June goals?

I did pretty well on this. A couple of times I was slightly over so I took it out of the next weeks budget and stuck to it. I feel it is probably too lenient as well; the weeks we had a takeaway (we can have one KFC, one Chinese and one Fish and Chips a month) it pretty much got used up on those but the other two weeks I felt I had too much money as I only buy snacks that are on offer. Since these are usually £1 biscuits, chocolate orange or pringles I can easily afford way too much. Even ice cream I only tend to buy on offer so it’s around £2 or £3 a tub. So this month I’m dropping it to £7.50 a week; any left over will not roll over.

I stuck to this with our cooked meals and it has paid off. There were four meals in the freezer that Niall had whilst I was away and I have had a few on the nights or days I’ve been home alone and didn’t want to cook fresh for one. This month I’ll progress it to include my snacks as well as that has failed on most occasions this month. I started out well and slowly fell back into eating entire packs of things in one go. Having said that I’m also getting slightly better at what I buy; last week I wanted Galaxy and instead of buying the usual 140g bar that I would, I bought a pack of four small bars and have only had one when I have a chocolate craving. The meals won’t be an issue due to following Rosemary Conley recipes anyway so they are normal portions to start with. 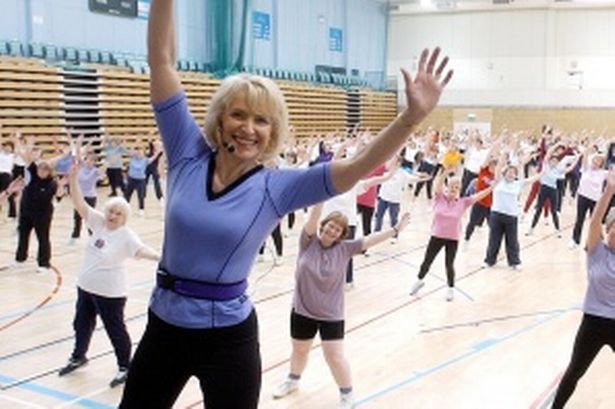 I have kept my hula hooping going. I even had one day where I kept it up for two minutes though that has not occurred again since. I’ve done my five minutes every Saturday and Sunday and also did five minutes both bank holiday Mondays and 30/05 due to having a day off work. I admit I completely forgot about the walking at the weekend but I know I did go out some days, maybe not every Saturday though. I also had two sessions in the arboretum with a friend as we found a calisthenics park so we gave that a go and will be picking it up a bit more when we can. It doesn’t half kill your arms for a few days afterwards though!

The next obvious milestone for me is the start of September, simply because Niall’s birthday is on the first so it’s an easy date to go to. 16th September will also mark 1 year on from my blood clot so it will be interesting (to me at least) to compare with how I was last year at that time. Hopefully by then I can be at 140lbs. This will be back in the ‘healthy’ BMI range and is the number I always swore I would never go above. Yeah… that didn’t exactly happen did it. It might be a little ambitious though; eight weeks to lose 20lbs so slightly more than 2lbs a week.

I have also joined www.rosemaryconley.com, not for any dieting reasons as such but because I grew up with my mum having a lot of her fitness videos and I also like a lot of her recipes. Plus one more stat tracking site might get my nerd brain excited and on track and knowing I’m spending money on a membership might keep me more focused too. I’m not following any of her diets but am using a lot of her recipes as they taste great, are decent portions and are healthy. I also had a code to get one month for only £5.00 and get free portion pots (which I already have) plus a ‘magic measure’ tape measure and tags to help you keep track of where you’ve come from and where you’re heading with the inches. It’s pretty useful as you can visually see where you started on the tape measure and where you have ended up so far.

I’ll be doing my monthly posts and setting little goals per month along the snacks/portions/exercise route and put updates here and there. Please do let me know how you’re all doing or any tips you might have.