I’ve had this blog planned for a couple of weeks now and it has just become even more relevant this week thanks to a slight set back with my deep vein thrombosis. It feels like my life since diagnosis has been ruled by a “Just in case” mindset. One of the really lovely things with a DVT is the fact that you can have a bit suddenly break off and travel to the heart, lungs or brain causing potentially fatal issues such as heart attacks, loss of breath and strokes. Thanks to this you’re constantly watching and wondering about any small change in your body. Whilst on anticoagulants (which make your blood less likely to clot) you’re also constantly aware of the fact that any cuts will bleed for longer than usual. This makes something simple like shaving your legs feel like an extreme sport! Ok maybe a slight exaggeration there but it is definitely on your mind.

It has become even more relevant this week because I was confident that my INR was stable and it was just a case of riding out the fact I have to be on warfarin until the end of March. No. It was not to be. I had a check up on 13th October; prior to this I’d been having weekly check ups and sometimes more frequent at the start of my treatment. As I was going to visit my parents 22nd to 29th I asked them what to do about my checks. “Well your INR seems to be nicely stable, I’d put you on monthly checks but as you haven’t done that yet we’ll be happy with 3 weeks and see you when you get back, 3rd November”. Ok great.

I get home from holiday and go for my check on the 3rd only to find my INR is down to 1.5; for it to be ‘safe’ whilst being treated for a clot it should be between 2 and 3. No problem they say, we’ll up your daily dosage of warfarin and see you again in a week. So I head back the next week and my INR has only increased by .1. Now I’m just frustrated and upset; I’ve changed nothing in my diet and they insist that the fact I’m walking a lot more again wouldn’t affect it (though some of the anecdotal stories I’ve seen floating around the internet would suggest otherwise). So they upped my dosage again, asked me to go back on Monday (only 4 days later) and have also told me I need daily injections of clexane again (another anticoagulant that they put you on until your blood first gets into the correct INR range to ‘keep you safe’). I’ve only just got rid of the bruises from the first lot 6 weeks after I stopped having them. 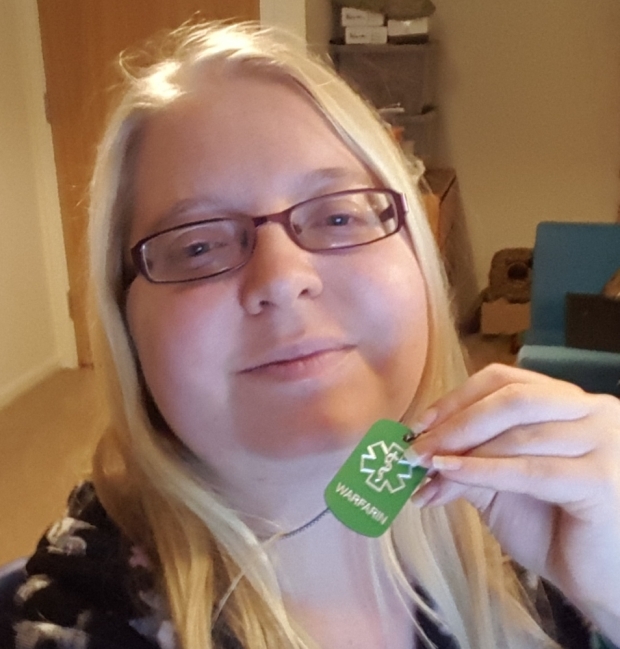 So a few things that I now have on my ‘just in case’ list:

I hate having to have this mentality as I’m a very positive, happy go lucky sort of person usually but the complications can be so severe that it’s not worth any risks and I don’t want to panic any of my friends and family if I don’t have to either. I’m sure there are plenty of other things I think of ‘just in case’ on a daily basis too.

Any other clot sufferers out there with a ‘just in case’ that I’ve missed?

2 thoughts on “Just in case”